by Mike Seeger and Peggy Seeger 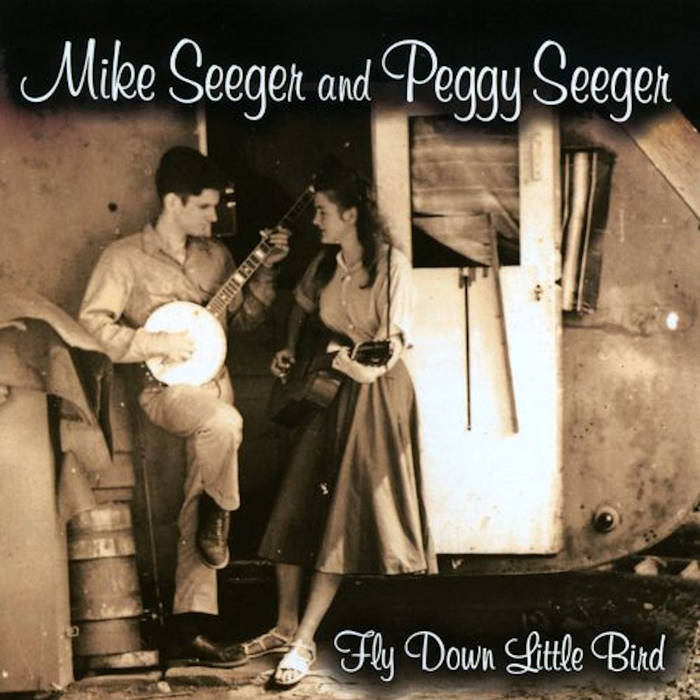 It's the late 1930s, post Great Depression. 10,001 Dallas Avenue, Silver Spring, is a road that sports a dozen or so hourse before it dribbles away into the Maryland countryside. Charles Louis Seeger (ex-professor of music at Julliar) and his wife, composer and pianist Ruth Crawford-Seeger, arrive with their three small children, Mike, Peggy and Barbara. Charles has taken up an administrative post at the Pan American Music Division. Ruth is mothering and piano teaching and has all but forsaken composing the music for which she is now famous, transferring her musical attentions to folk music. John and Alan Lomax, the legendary collectors of folk Americana, come into the picture, and Ruth is engaged to choose and transcribe songs for 'Our Singing Country', the anthology that still stands out as a seminal collection of Noeth American folk song. Ruth busses regularly into Washington D.C., often with her brood in tow, to delve into the magnificent Library of Congress archives, coming him with her arms full of 16" aluminium recorded. Our osmosis of these songs begins.

The house had one high-ceilinged living room, in which everything of consequence happened. It was flanked by four tiny bedrooms at one end and a small dining room and kitchen at the other. It had a terrifying cellar with a Wagnerian boiler that had to be fed with coal, which arrived at intervals through a chute in the side of the house. It had a large black porch which we danced in our dress-up clothes and under whose splinter-laden planks black widow spiders ruled. The back yard ran away to pre-suburban scrub but you could find four-leaf clover there. The record player ran incessantly as our mother transcribed the songs. One of our jobs was to sharpen the thorn needles for the record player on a little sandpaper wheel. Another job was to keep ourselves occupied as she painstakingly wrote down the melodies of the songs on five-line staff paper that was definitely too primitive for the job. The tunes were often so complex that our perfectionist mother had to play one melodic line over and over again. We sang along, three little children playing the puppet-corner, those songs of disappointed love, incarceration, murder and mayhem, cowboy and coal-miners songs, testimonies to courage in the face of poverty, misery and social injustice that wove a tapestry that is on the wall s of my conscious mind to this day.

Mike and I took up the instruments in our early teens but our paths diverged over the decades. He moved to Lexington, Virginia and steeped himself in the traditional southern music of the USA. I moved to England, into left-wing politics and songwriting. Our styles differed hugely by we each still sang the songs in our own way. When Mike suggested that we record some of them as closely as possible to the way in which we originally heard them, I wondered if it was possible. Once we got together, it was like old times. He used his usual recording method: no overdubbing, little or no cutting between takes, singing the song all the way through. We enjoyed the sessions tremendously - the was the first time in 50 years that we had taken time to just sit back and sing.

So here are fourteen of our old familiar songs, easy to sing along with, fresh from 70-odd years of our knowledge of them. Carry them along - they are life companions.

Post-production, compiling and music editing by Calum MacColl.
Mastered by Denis Blackham, Skye Mastering, Scotland.
U
Thanks for Leo Lorenzoni for joining us on string bass on 'Fod!'
Special thanks to Lucy Shelton, Mitchell Greenhill, Irene Pyper-Scott, Judith Tick and WAMC in Albany, New York