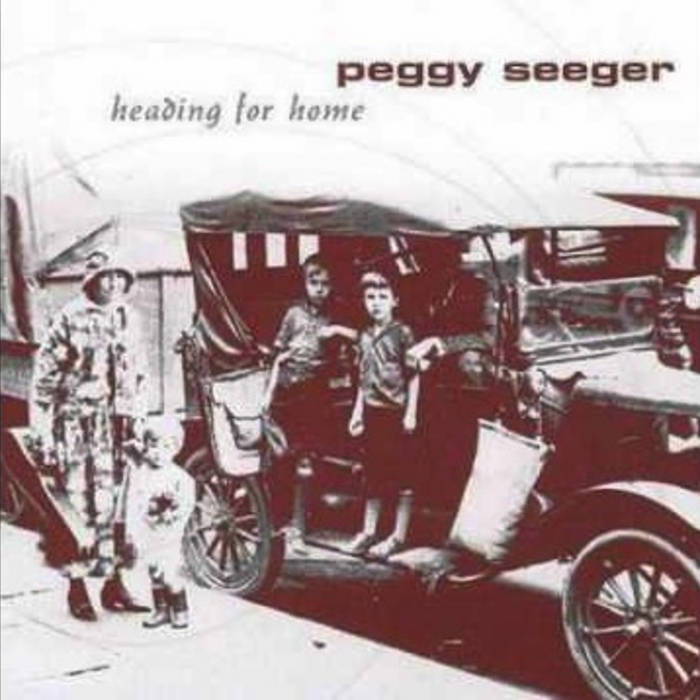 THE ALBUM is one I have been planning to record for years. I just needed the push. For years I have not recorded traditional songs as so many other singers have done so. The songs on Heading for Home are, all but one, Anglo-American traditional pieces. The selection is classic, the accompaniments simple. These are songs with which I feel completely at home, songs which have lasted for generations and which, I hope, will last for generations more.

The 'push' came from my partner, Irene Pyper-Scott and from my children Neill, Calum and Kitty MacColl. Irene sings with me on one song, Neill and Calum are responsible for the recording, accompaniments, direction and production. They also donated supporting vocals as did my daughter Kitty who, with her friend Katie Lillington designed the booklet and the cover.

A total family production! Heading for Home is the first album of THE HOME TRILOGY. It is the most serious of the three projected CDs. Love, Call Me Home (2004 issue, hopefully) will be a mix of heavy and light traditional songs with a few new songs that are in the Anglo-American folk idiom. She's Coming Home (2005?) will be almost entirely in a light and bawdy vein. This website will announce their arrival.

For those who are interested: the cover photograph was taken ca. 1921. It portrays my father with his first wife, Constance (a superb violinist) and their three boys. Charles and John are in the car with my father's hand on John's shoulder. Pete stands by his mother.

THE NOTES have been written by Joe Hickerson. I have been friends with Joe, from nearby and at a distance, for nearly fifty years. He knows about as many songs as I do but seems to remember them better these days. I first met him at Oberlin College in 1957 when I was barrelling west on my Lambretta motor scooter from New York to Chicago, where I was taking up a three-month stint at The Gate of Horn. I asked him to write the notes because I literally could not write them properly myself. I made suggestions and did a modicum of editing. About himself, Joe writes the following:

Pete Seeger has called him "a great songleader." Peggy calls him "my friend Joe." He calls himself a "vintage pre-plugged paleo-acoustic folksinger." Over the past 50 years, Joe Hickerson has performed over a thousand times throughout the U.S.A. and in Canada, Finland, and Ukraine. His repertoire includes a vast array of folksongs and allied forms in the English language, many with choruses. In 1957 (the year he met Peggy Seeger) he was the first President of the Oberlin College Folk Song Club. In 1960 he wrote the 4th and 5th verses of "Where Have All the Flowers Gone." From 1957 to 2003 he recorded for Folk-Legacy and Folkways. His concerts are guaranteed to "Drive Dull Care Away." Joe also has a career as folklorist, ethnomusicologist, archivist and librarian; after studying and working in these areas at Indiana University (1957-63), he was employed from 1963 to 1998 as Librarian and Director of the Archive of Folk Song/Culture at the Library of Congress. He lectures and writes on a variety of folk music topics, and is available for song and copyright researches. And he now coordinates the "Songfinder" column for Sing Out! magazine.

THE TUNINGS are given after each set of notes. To make it easier, I give the key in which the song is sung, then the actual pitch of each string. For the 5-string banjo, begin with the tuning of the 5th string, then progress with the 4th, 3rd, 2nd and lst. With the Appalachian dulcimer, I begin with the string nearest the player's body. I double the higher strings so that the dulcimer has four strings instead of three.

THE SONG TEXTS - scroll down for notes and texts for all of the songs on the album.